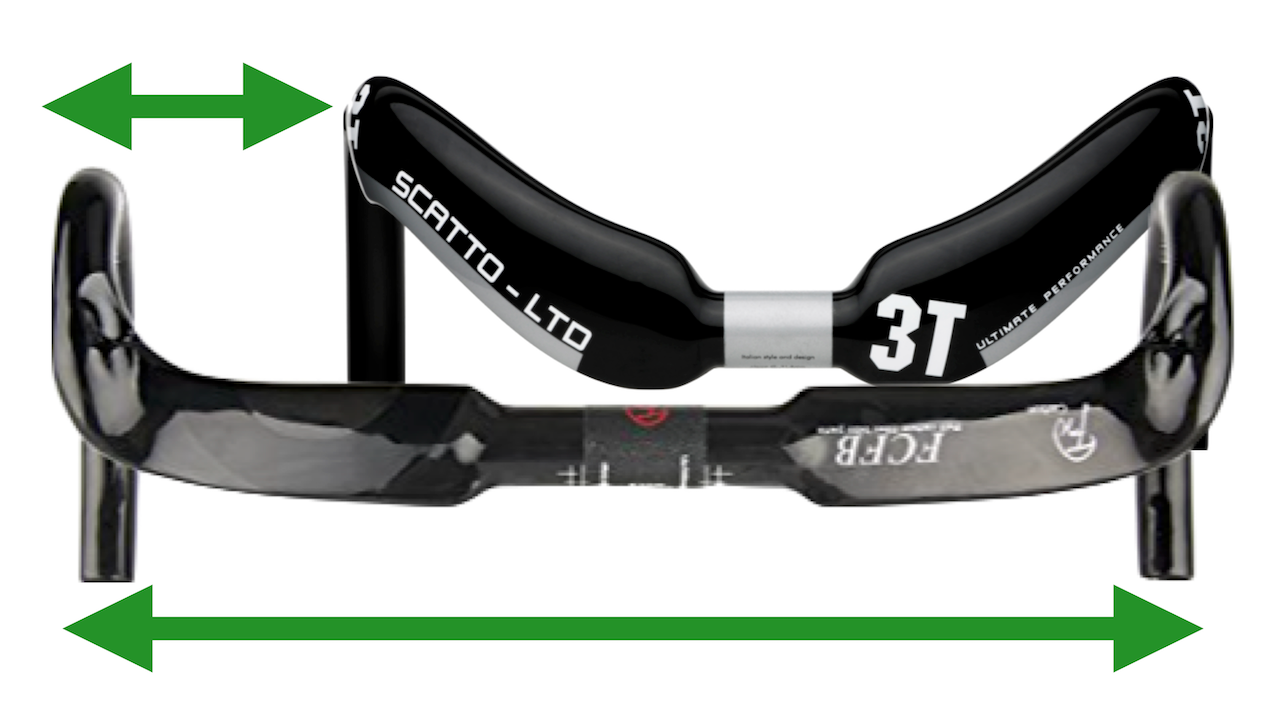 A stock standard 38 or 40 cm (width) handlebar, sometimes even wider is what you’ll usually get from your supplier in purchasing a new track bike and when you’re just getting started on the track, they will probably do the job.

But as you get more experienced and spend more time on the track, you may want to consider a narrower handlebar.

The popularity of the narrower handlebar - particularly with sprint events and becoming increasingly popular across bunch race track endurance events has a lot to do with aerodynamics and race positions.

At this year’s Olympic Games, you may have noticed some of the top track cyclists,  - Jason Kenny, Matthijs Buchli, and Kristina Vogel all flying round the track on very narrow handle bars particularly in the keirin events.

In bunch race events, particularly keirins and scratch races, navigating tight spaces between riders to improve your race position is made easier with the use of narrow handlebars.

The difference between a stock standard 40 or 42 cm track bar and a narrower 33 - 35 cm track bar width may not seem like a whole lot, but the additional 5 - 10 cm’s can allow a rider (with the right physiology) to jump from 5th to 1st position, navigating between riders up the home straight and into the finish.

Aerodynamics play an important part in cycling performance generally, and handlebar width certainly plays a part in the process.

To refresh your memory on aerodynamics, there are two factors that play a part in drag:

A blunt or irregular object such as a helmet, disturbs the air flowing around it, forcing the air to separate from the object's surface.

Low pressure regions from behind the object result in a pressure drag against the object.

So what does this have to do with handlebar width?

Wide grip occurring as a result of wide bars increases the frontal surface area of a rider.

This has a major impact on air pressure drag which gives the ‘parachute’ effect where the rider is being pulled backwards.

By reducing the width of the handlebars, you’re effectively reducing the air pressure drag allowing the rider to travel forwards faster when the same amount of force is applied in pedalling.

There are arguments both for and against narrower track bars, particularly when it comes to weighing up the aerodynamic benefits against the ability to intake oxygen during longer track events.

In using narrower bars in aerobic demanding events, particularly with riders who have broad shoulders, narrow bars can restrict the riders ability to intake optimum amounts of oxygen.

In our experience, we’ve found narrow bars have been hugely advantageous in both sprint and bunch race endurance events, but we want to hear from you.

What are your experiences in using narrow handlebars in your cycling race events?