The Sprint & The Long Way Round (Part 2) 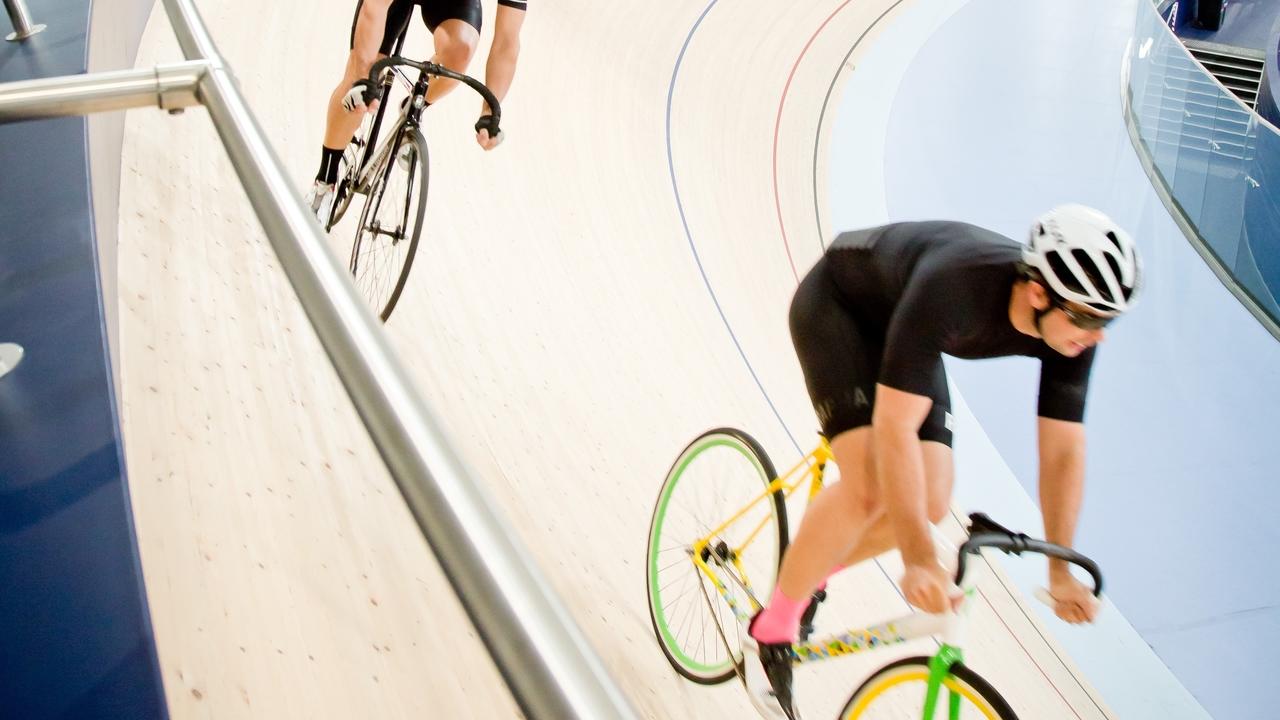 In the previous blog (The Long Way Round) our Performance Analyst Michael, wrote about the extra distances ridden when riders move up from the black line, the datum line.

Michael’s blog last week initiated some interesting debates about the benefits of both staying in the sprinters lane, and what happens when you move up (or out) to go around another rider… As you move up the track, there is further to ride and it also means that you are out of the slipstream of another rider.

If you’re new to track cycling and unfamiliar with the ins and outs of ‘The Sprint’, it’s important to know that in the final lap/s of the sprint, once it’s deemed that a rider has initiated the ‘final sprint’ (meaning no more cat and mouse tactics), the rider in front cannot leave the sprinters lane once entered. Therefore, in order to win, the rider from the back, must go up and and around the rider to get in front.

If both riders maintain their speeds coming into the straight, the outside rider will look like they are accelerating away down the home straight, even if they are just maintaining speed as their opponent may now be losing theirs.

The steeper the track the less extra distance is ridden when outside of the inside rider. An analogy from a reader was that if the bank were to be vertical then the distance on the outside is the same as the inside. A wall of death in the circus... (Do they still exist?) If the track is flat then that represents the maximum extra distance ridden.

At the Australian Track Cycling Championships earlier in the year (held on the Anna Meares Velodrome) there were a few big surprises with top seeded riders being bumped out of contention after failing to ‘come over the top’ of their opponents and win their first rounds...

Some of the fastest seeds were expecting the transitions to be more ‘forgiving’ enabling them to use their ability to run at their opponent in the final straight, and use their speed to ‘slingshot’ straight over the top - putting them ’on the hip’ of the front rider, and hoping for the ‘down hill’ finish as they approached the finish line….

Riders in the second position were running at the wheel of the front rider, and getting stuck ‘on the hip’,  unable to come over the top. Riders in the front position hugged the black line (shortest distance) and were ‘protected’ by the smooth transitions of the ‘round’ shaped Anna Meares Velodrome.

Tactics that relate to passing the rider in front  that are used on the Anna Meares Velodrome wouldn’t work if you took them to say, Perth or Adelaide’s tracks, and if you’re more familiar with overseas tracks, Cali, Colombia. The long ‘hot dog’ shaped tracks that feature long straights and sharp aggressive transitions through the bends require a different set of cards to be played if you’re trying to win from the back.

If you’re riding the sprint from the front, there’s a whole bunch of tactics and skills you’ll need to have up your sleeve - you’ll need to use your distance, speed and height in different ways to ensure you maximise every chance of winning. We’ll talk more about tactics from the front in a later blog, but in the meantime, check out these two blogs on sprint tactics:

Questions? Feel free to drop us a line in the comments box below: