The Long Way Round – Local Knowledge of Tracks! 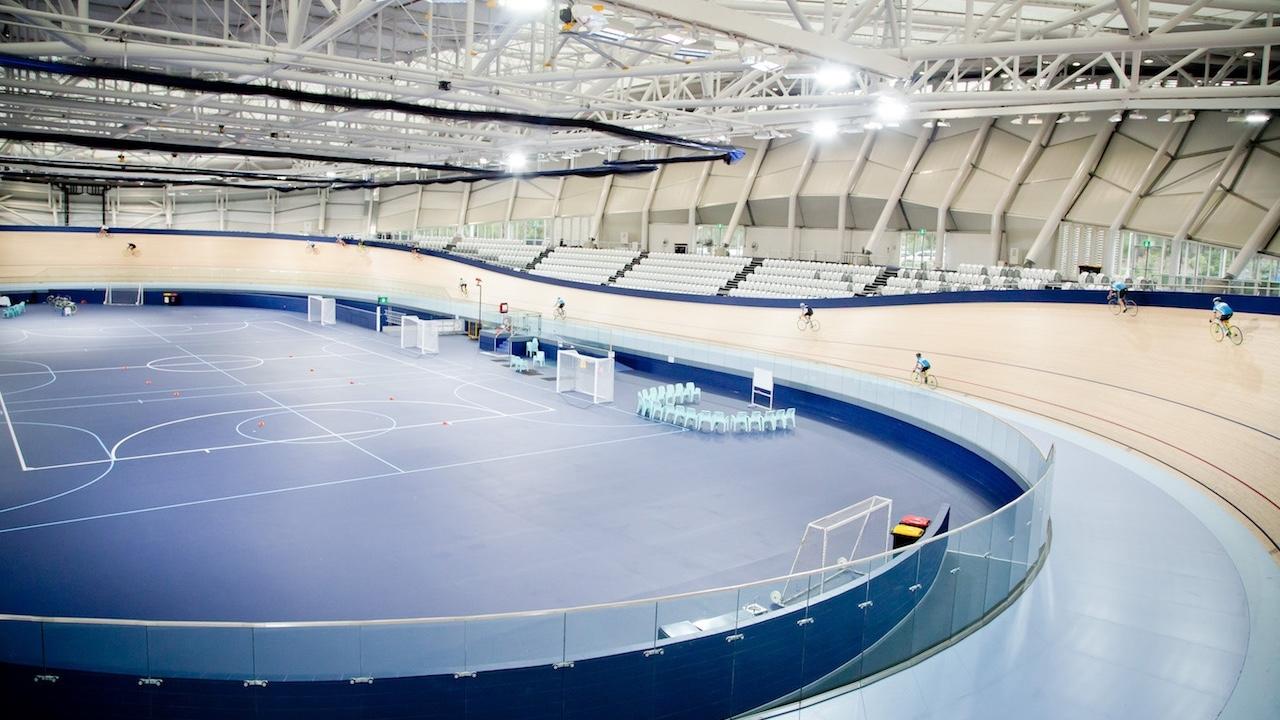 Biomechanics, physics and maths are all the numeric elements of track cycling suit my interests completely. Gears are fixed and wheels are the same diameter, give or take a few millimetres in tyre selection. Wind doesn’t come in to play inside our lovely Anna Meares Velodrome. It does at Herne Hill in London I know. Does the wind blow at your track?

I was riding with friends on our track recently. I was coaching the ability to spot an attack coming and what position a person can be on the track to have a run down the hill and gain some free speed. For predominantly road cyclists this is a time they naturally reach for the lever to click up through the gears. The acceleration isn’t felt as keenly as when the cadence picks up, especially playing on the track on smaller gears.

This was in a bunch racing situation as opposed to Match Sprinting but the principle of the hill remains. Our track is 250m. It is 7m wide. It is also quite a bowl of a track. The straights are 41m long, give or take a few centimetres, and the rest, obviously, is the turns.

Is this sounding like a Year 9 maths puzzle? There’s no test at the end. If you’re not a number person this may not be your blog so scroll to the bottom for the punchline and scroll back up for any details you need. But do you know quite how much faster, and it is a lot, you need to ride to keep up when taking a wide line?

So 250m minus two 41m straights leaves us 168m of curves, divided by 2 for each end, means 84m. Picture the straights being lifted out, like a child’s train set (or an adults train set – whose train doesn’t matter) being taken apart and place the bends together so we have circle. The circle is now 168m so… 168 divided by pi at 3.14 means it has a diameter of 53.5m. Do tell me if I’m wrong here… and that measurement must be measured from the black line, the datum line.

Remember that the track is 7m wide, meaning that the diameter at the outside of the circle, the outside of the track, (the outer rail of our train set) is the initial 53.5m, plus 7m on one side and 7m on the other, making 67.5m, multiplied by pi at 3.14 gives us a new circle of 212m. But this would be only if the track were flat, like orbiting planets, with their orbits drawn on a page. People new to a track such as this know it is anything but flat!

The banking makes the outside, now we can say the top, a shorter journey than if it were flat. If you are wondering why, as the track is still 7m wide, you just need a sheet of paper from your recycling bin. With it in front of you in landscape format, draw a rainbow (monochrome is fine if you are at work) and cut the paper from the middle at the top down to half way, thus the centre of the sheet. Overlap the newly cut pieces, thus making your own DIY paper velodrome and stick it in place. Measure the angle you’ve created… You could even draw on your own blue line under rainbow. Unstick paper and there you’ll see that length difference between the original rainbow and your blue line.

The top of the track is banked at 43.9 degrees. If the whole track were banked at 43.9 the measurement at the top would be more like measuring the rim of a bowl. However the straight it is 13 degrees (I was lying on the track yesterday measuring the angles!) At the transition from straight to bend it is approximately 20 degrees. The track then steepens from a benign 20 to the precipitous 43.9 degrees so we can loosely average this out to be 32 degrees. I’ll use that 32 for my distance measurements.

Asleep yet? Memories of watching sport outside of the classroom window?

Is any of this relevant at all? Clearly you are not going to take the long way round unless there is tactical advantage, and you already know it is the long way round. But when considering positioning in elimination races, in tempo races, or scratch races were you aware of how much faster you are forcing your opponent to ride, if they are riding high, compared with your position at the bottom?

And if you are a pursuiter, 8 laps all 60cm above the black, still in the sprinters lane, is an extra 25m here in Brisbane and may decide a medal.

At the top of this blog I asked about your local conditions, thinking about the wind. ‘Does the wind blow at your track?’ How the track is designed, the banking, how much is straight, whether there are tight turns, will all affect the distances you’ll need to ride in relationship to the black line and the relative speeds needed to compete.