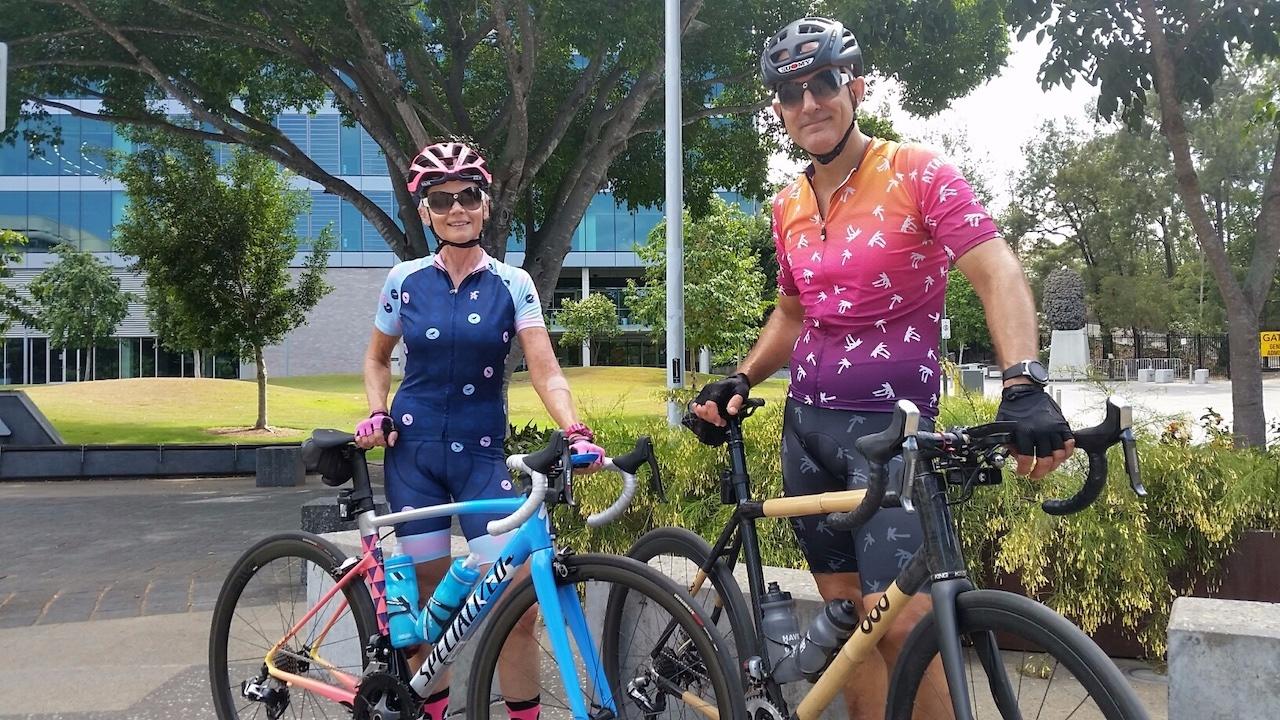 Tim also introduced me to the concept of 'Farm Boy Fit'. The person who does what is needed on the farm. Putting up fences, moving cattle, generally doing stuff. After moving one pig he doesn’t wait for 3 minutes before moving the next pig. Especially if the first pig doesn’t stay where he put it. You may have realised pig farming isn’t my area of knowledge, but you get my drift.

I am currently working for a few hours a week at a University on a project aligned to participation in sport. I ride there on the two days I go, and this takes about 50 minutes. I have put a basket on the front of my single-speed, I put on a back-pack – I go almost nowhere without my laptop and a lot of food - and by the time I get home I have definitely done a solid workout as I live on a ridge, an absolute idyll for road cycling. The gearing on the single speed is about a 66 inch and this sounds small until I attempt to climb up that ridge on the equivalent of a 50 x 20, which I would never select on the road bike for that particular hill.

The interesting this is that I am seeing the gains in what we can call general fitness. It certainly fits in to the fartlek category of training (the word means ‘speed play’ in Swedish) in that there is a range of speeds, at random intervals, meaning I speed up when my way is clear and then ease the speed to avoid riding through a puddle next to a person pushing a pram, or for speed humps, to avoid dislodging my box(es) of lunch. Not things you’d have to consider on Zwift from in your garage and by consequence I get a lot of (unmeasured, but definitely real) spikes of power, and far more than in my usual riding.

The single-speed element also means that the odd sweeping downhill means I can hit a high cadence in a place in which I’d usually click, click, click down through the sprockets.

I practice the odd standing start when the green lights tell me I can, and so, in its own way, I am doing a bit of many different types of training in under an hour.

Is it efficient? Would you be better to do a trainer session with some work at 105% of FTP at 105rpm, some at 92% FTP at 95rpm and then get the bus to work instead? Probably yes, and much easier for your coach to decipher on Training Peaks. Certainly I don’t write sessions which include long hills in a big gear to gain ‘strength endurance’ as I do one or the other, which may well be lifting in the gym or brief accelerations on the bike for strength, and then longer rides, in a cadence to allow fluidity, for classic aerobic endurance gains.

I enjoy it, that is for sure, and the morning sun by the Brisbane River is a remarkable view and (providing your algorithm presents similar results to mine) if you pop the words Brisbane City River in to Google Images you’ll see quite what I mean.

So, commuting, it is horses for courses… It may be totally for the escapism and freedom of the great outdoors. It can be a cyclist’s version of Farm Boy Fit. It may mean some base miles at a time of day when you’d otherwise be in a bus, train, or car. It may be a time to get a decent 10minute stretch at 110rpm average, which does improve pedalling efficiency if you are yet to discover the joys of such. It may be an opportunity to do 5 x 150m big gear accelerations, either by using a big gear on the flat or a slightly reduced gear on an incline. All this means that if you have several boxes to tick in a week of training perhaps a few can be reasonably ticked off on the way to work if you cleverly divide up the commuting week. Then spend the first 20 minutes at work on Strava seeing if you beat Beryl and Kev in Accounts and Gemma from IT and the gnarly old racer on the Reynolds 531 tubed, Brooks-saddled, downtube-shifting steel bike who would certainly have a story to tell if you could catch him…

And the people in the picture? One Saturday morning I was keen to find the paths needed to get me in to the city, ready for a working day. Only 2km from my home, up on the ridge, a wonderful couple, Paul and Leanne, but better known as Zep and Squirrel (which is probably shortened under Australian nickname law) said hello and wondered where I was going. I described my morning mission. ‘We’ll show you’ said Zep and led me to paths I don’t think I’d ever have known existed. ‘Are you going that way?’ I asked. ‘We are now’! Wonderful people, to whom I am very grateful.