How to Increase Your 'In The Saddle' Strength 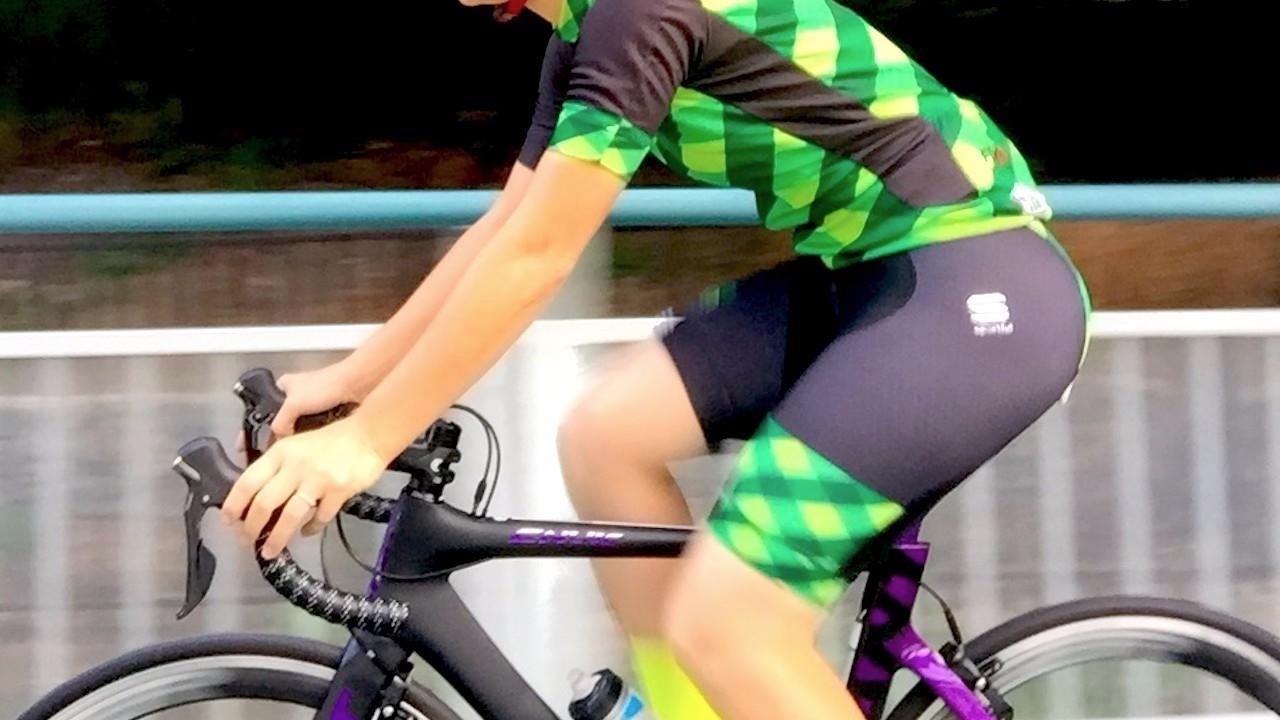 With the natural progression and increases in gearing, coupled with the importance of aerodynamics, developing ‘in the saddle’ strength and power has never been so important.

We'll discuss the benefits of improving your in the saddle strength, power and speed levels and the possibilities it will open up for better track cycling performance.

So, have you ever raced an opponent who looked as though they weren’t even really trying - seamlessly riding past you, or getting away from you whilst remaining in their saddle?

This is usually a telltale sign of excellent in the saddle strength, power and speed.

Here’s a few of the benefits that improving your in the saddle strength, power and speed will have on your performance:

Developing great in the saddle strength requires you to utilise your gluteus maximus (glute) muscles to a greater extent.

If you find yourself needing to get out of your seat all of the time to develop speed, it’s most likely that you have underdeveloped or inactive use of this major muscle group which is compromising your performance.

If this sounds like you, be sure to check out our blog on developing glute strength to improve your performance.

If you are correctly and actively switching on and calling on the glute muscles to increase your speed in the saddle, you can be rest assured that your power numbers will be much greater than they would otherwise be - but let’s face it, there’s always room for improvement!

Remember, there are two factors that play a part in drag:

A blunt or irregular object such as a helmet, disturbs the air flowing around it, forcing the air to separate from the object's surface.

Low pressure regions from behind the object result in a pressure drag against the object.

When you get out of your seat to accelerate, you increase the direct friction and air pressure drag which acts like a parachute and slows you down.

By staying in the saddle for as long as possible, you’re increasing the free speed gained with better body positioning aerodynamics.

Most track cyclists will find that building and hitting maximum speeds requires you to be both in the saddle, and then out of the saddle - but what happens after you’ve reached your peak speed?

When you’ve reached your peak speed, maintenance of speed becomes and all important factor - particularly when you need to hang onto your speed for events like flying 200s and closing stages of sprints, scratch races and time trial events.

Maintaining speed out of the saddle for longer periods of time is extremely difficult and doesn’t give you any aerodynamic benefits (as explained above).

If you watch some of the worlds best track cyclists accelerate you will notice that they can lower themselves from an aggressive out of the saddle position into the saddle almost seamlessly and without washing off their top end speed.

From there, it’s all about speed maintenance - and if you’ve got great in the saddle strength and power,  you will find that you have the ability to maintain your top end speed for longer periods of time.

You can improve your ‘in the saddle’ strength and power by training specifically for improvements.

Exercises such as these will aid in improving your saddle strength and power:

When training your ‘in the saddle’ abilities, make sure your technique is near perfect to ensure that you have a direct power line that runs all the way through to the pedals!

Are you training your ‘in the saddle’ strength?

Leave us a comment in the box below - we’d love to hear from you!