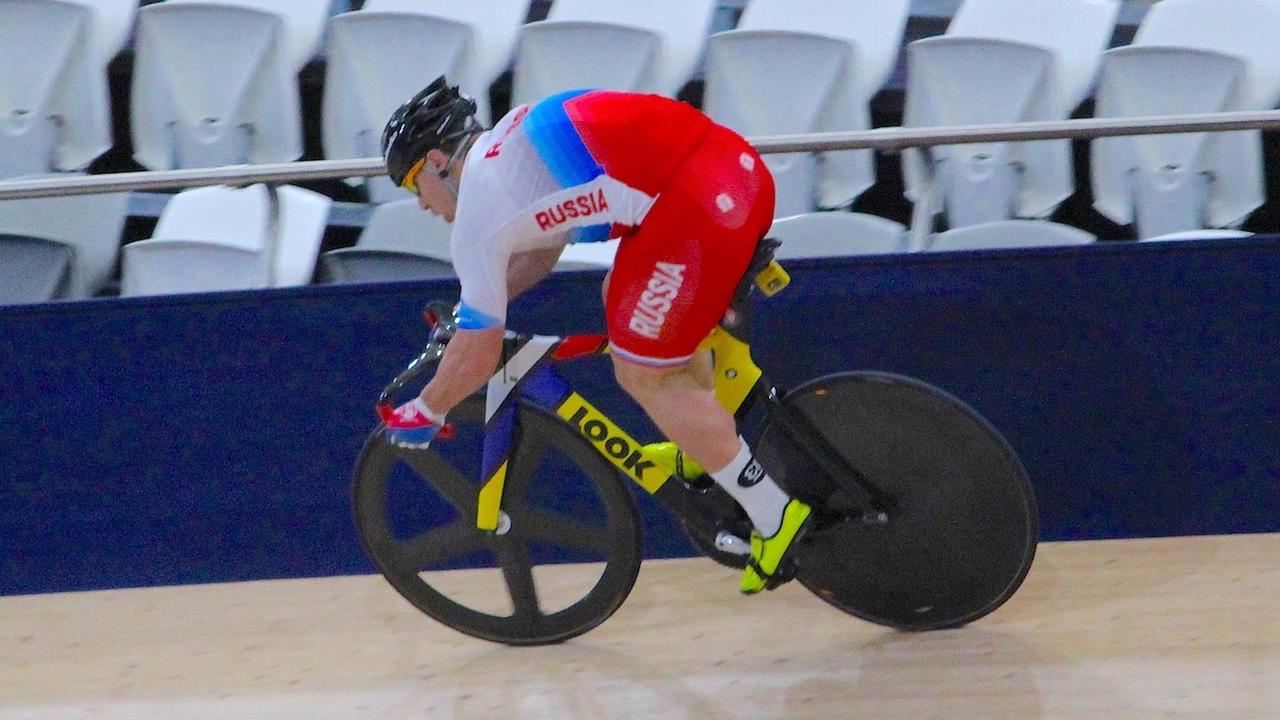 Which is more important of these two attributes in a kilo or a 500m Time Trial? For those new to our sport these are individual timed events. They are great fun and don’t hurt at all. Actually that isn’t true. If you are good enough to go quickly they are utterly brutal.

Back to my question. Which is more important in a kilo or 500m out of maximal power or sustained power? Let’s use other terms. For maximal power we can say maximum wattage, and average that over 3 seconds for example. Instant measurements need laboratory standard machinery and would give somewhat unusable results, hence using an average of 3 seconds or so. We had a Piezoelectric footplate at my University which could assess force over tiny fractions of a second, and power (described in watts – named after James Watt) is a unit of work divided by time. So instant power is academically fascinating but not really something we can often apply to track cycling coaching. There are exceptions, as always, but that’s another blog for another day. I’ll move on.

For sustained power in a sprint we can use the term anaerobic capacity. How capable is the athlete of maintaining power over an extended period of time, but a time frame short enough that the anaerobic system still delivers the majority of the power. If it were too long then the aerobic ability takes too much of the load. 30 seconds has been a commonly used period for such a test for as long as I can remember, and certainly before. A study was done to ask whether 20 seconds could be as useful a guide as 30 seconds. From a physiological testing perspective it would be good to be able to get a guide from a shorter duration, so if 20 seconds tells us the same story we can then ask athletes to repeat the 20 second test again after 5 to 10 minutes, and then again. It would give us data on their recovery as we could squeeze in more repetitions than if the test were longer. It appeared, said the study, to be a fair guide.

So, briefly, maximum anaerobic power versus anaerobic capacity. In a way it is like a rectangle. A person who knew a lot about child development (sadly I have no recollection who) was asked which is more important in child behaviour, nature or nurture? His response was simply that it is like asking which is more important in a rectangle, the height or the width. Consequently we know both have a role and one cannot exist without the other. We are the same when taking on a kilo or 500m (or 750m in the Worlds in LA for the right age-group). Nature will play a part in your approach. If you are a short sprinter then you may as well go ‘almost’ (not a scientific measure but if you’ve done an event like this you know what I mean) full-bore from the start. You’re going to be pedalling through glue in the last quarter so you may as well simply reach that last quarter sooner.

For the longer sprinter, who can also take part in endurance events – and here I often look at the track riders (current or former) who excel in road sprints, as per Mark Cavendish, Mark Renshaw, Elia Viviani, and locally to here, Caleb Ewan to pick some favourite examples – they may not have the maximal wattage of the track sprinter of Matt Glaetzer, Jason Kenny, Shane Perkins. They might not leave the start gate as explosively but are usually better able to hold the speed they generate.

Does one genetic type always beat the other in the described 1km or 500m Time Trial in your events in which you ride? No, of course not, and as per the nature versus nurture description it is not a binary exercise. People are genetically somewhere on the continuum, i.e skewed more to pure speed than speed endurance, but the training you take part in – nurture – will help develop that activity.

When we are coaching athletes we look at their current strengths, where these have come from – nature versus nurture – and what they wish to achieve so we work out what to emphasise in their training.

What I do recommend is that these two different types of training are done independently. Do maximal power work in isolation, whether that is gym based with heavy lifting, plyometric work with explosive jumps, or starts work.

In another session do the work which will help see the power that is produced maintained as long as possible. In a 30 second test (Google a Wingate test) the results will give you a score for total anaerobic work accomplished. Efforts extending the boundaries of your anaerobic system, riding for 30, 40, 50 seconds or so will build a body of work aimed to increase that score.

A rider will always lose power over these events, but how much can be generated to get up to speed, and how much that speed is maintained, is always a challenge, and can be approached in a multitude of ways to make the most of both components for this event.

Questions? Feel free to leave them in the box below...